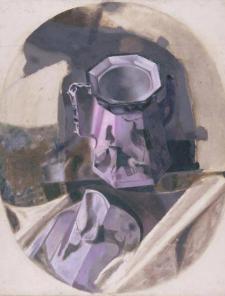 Between Nature and Abstraction: Edwin Dickinson and Friends Group Show

Edwin Dickinson’s inventive work sets him apart from any other American painter of the twentieth century. Drawing from nature, heroes like El Greco and Cézanne, and the many styles of modernism, Dickinson worked with a singular independence. See how he and contemporaries Edward Hopper, Willem de Kooning, and others followed their own stars and pursued idiosyncratic paths to modernism.
This installation was inspired by a recent bequest of six paintings by Dickinson from the late collector Daniel W. Dietrich II