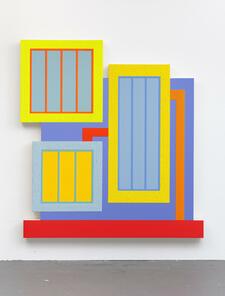 Peter Halley: New Paintings, the artist's first solo show in Brazil. The exhibition brings together five recent works, produced between 2020 and 2021, which emphasize colors and systems produced by the renowned artist who paved the way for the discovery of a new language for abstract painting in the history of art. The show is accompanied by a publication with a presentation text by Richard Milazzo, critic, poet, and curator based in New York.

Born in 1953 in New York, Peter Halley played a central role in consolidating the neo-conceptual movement of the 1980s, considered one of the most electrifying of the post-war period, a generation that includes names such as Richard Prince, Peter Nagy, and Jeff Koons. The thinking of this artistic movement was guided by a paradigmatic awareness of technological and architectural forms of control and containment, seeking valences for abstraction beyond those brought into play by the American Abstract Expressionists.
Over the course of four decades, Halley has guided his visual discourse (laden with conduits, grids, prisons, bases, fluorescent paints and Roll-a-Tex) away from the purely formal reflections of geometric abstraction and toward existentialist and social thinking in the digital age. Since the 1990s, the artist has also worked with digital wall prints on a monumental scales that, together with his paintings, are combined in site-specific installations.

The five paintings - Across Time and Double World (2020) and Between Two Worlds, Ascendant and Reminiscence (2021) - are presented standing on their stable bases, as are most of those produced in the last two years, and suggest, according to Milazzo, not only the ideas of balance and elevation, but also of precariousness, a recurring theme in his practice. However, in this group, the artist groups cells and prisons together to create an atmosphere of controlled fluidity. 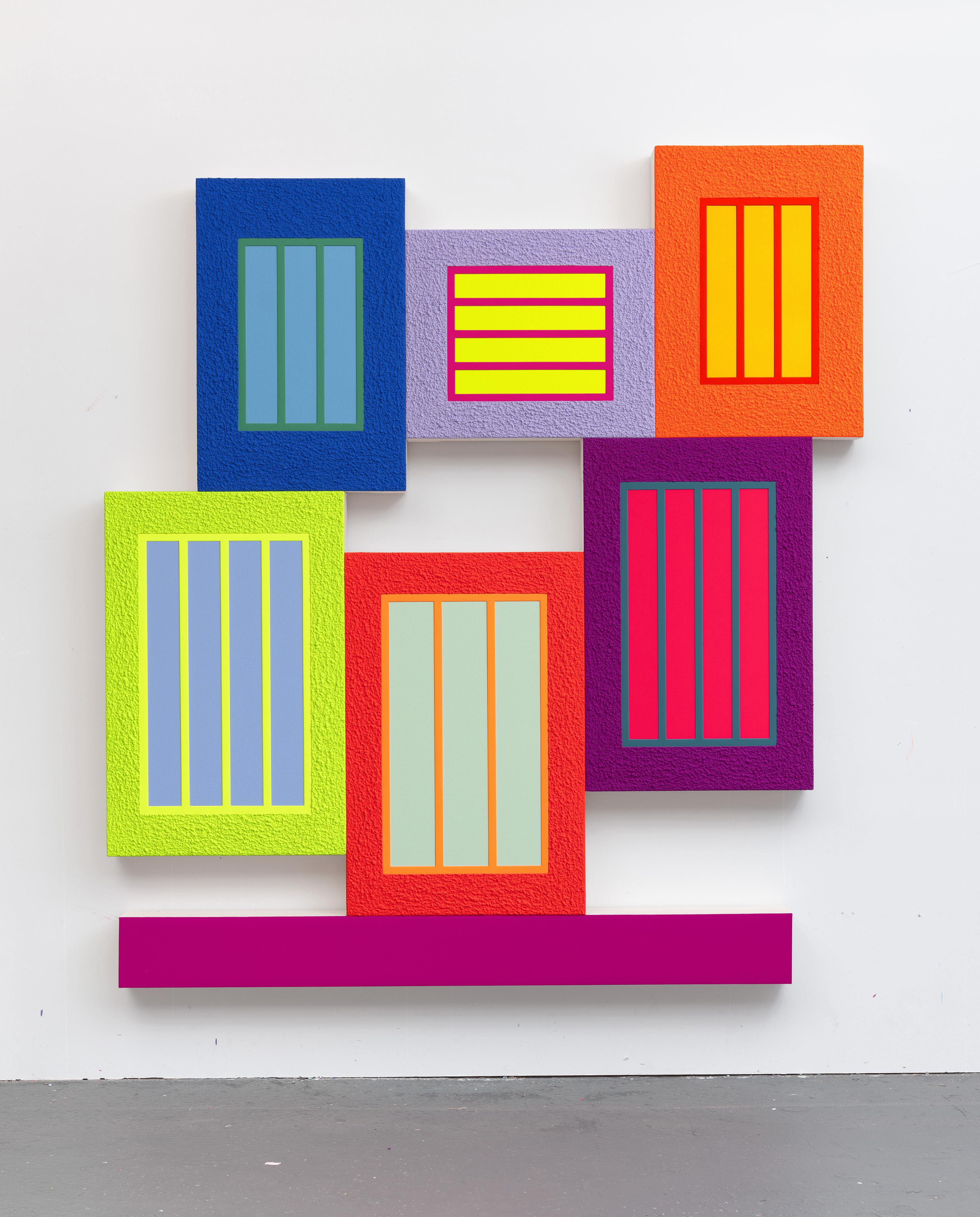