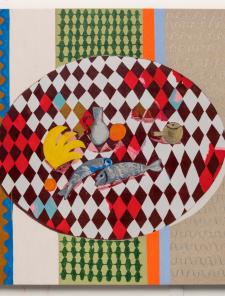 Ana Prata's third solo exhibition at the gallery, Olho nu [Naked eye], features 24 small and large-format paintings. The show expands on the two-dimensional medium by putting it in direct dialogue with the exhibition space through a visual project conceived by the artist alongside Carol Tonetti and Vitor Cesar, who are responsible for the exhibition design.

The exhibition also marks the launch of the book Defeitos para o mundo dos sérios [Defects for the Serious World], a partnership between the artist, gallery, and Ubu Editora, which includes essays by curators Livia Benedetti and Ivo Mesquita, as well as an interview in dialogue with fellow curator Tiago Mesquita.

Ana Prata (1980, Sete Lagoas, MG) develops her research through dynamic experimentation. Prata's practice combines the use of historical references — such as modernist repertoire — to the presence of interiority. In her most recent compositions, the artist establishes a vocabulary guided by several symbolic fronts, albeit with a latent ambiguity resulting from the frankness of her painting.

In Olho nu, the theme of still life occupies most of the body of work, produced over the last few years. This historically consolidated genre allows the construction of endless possible paths, a point of departure for Prata's interest in the subject. According to Livia Benedetti, “It is also necessary to ask about the artist's own motivation in opting for this genre of painting which, in Prata's production, is absolutely not used as a neutral theme, but for confronting a place that can be uncomfortable for a female artist, precisely because of the naturalized association of the female gender with maintaining order in the house, the kitchen and with the plain.” 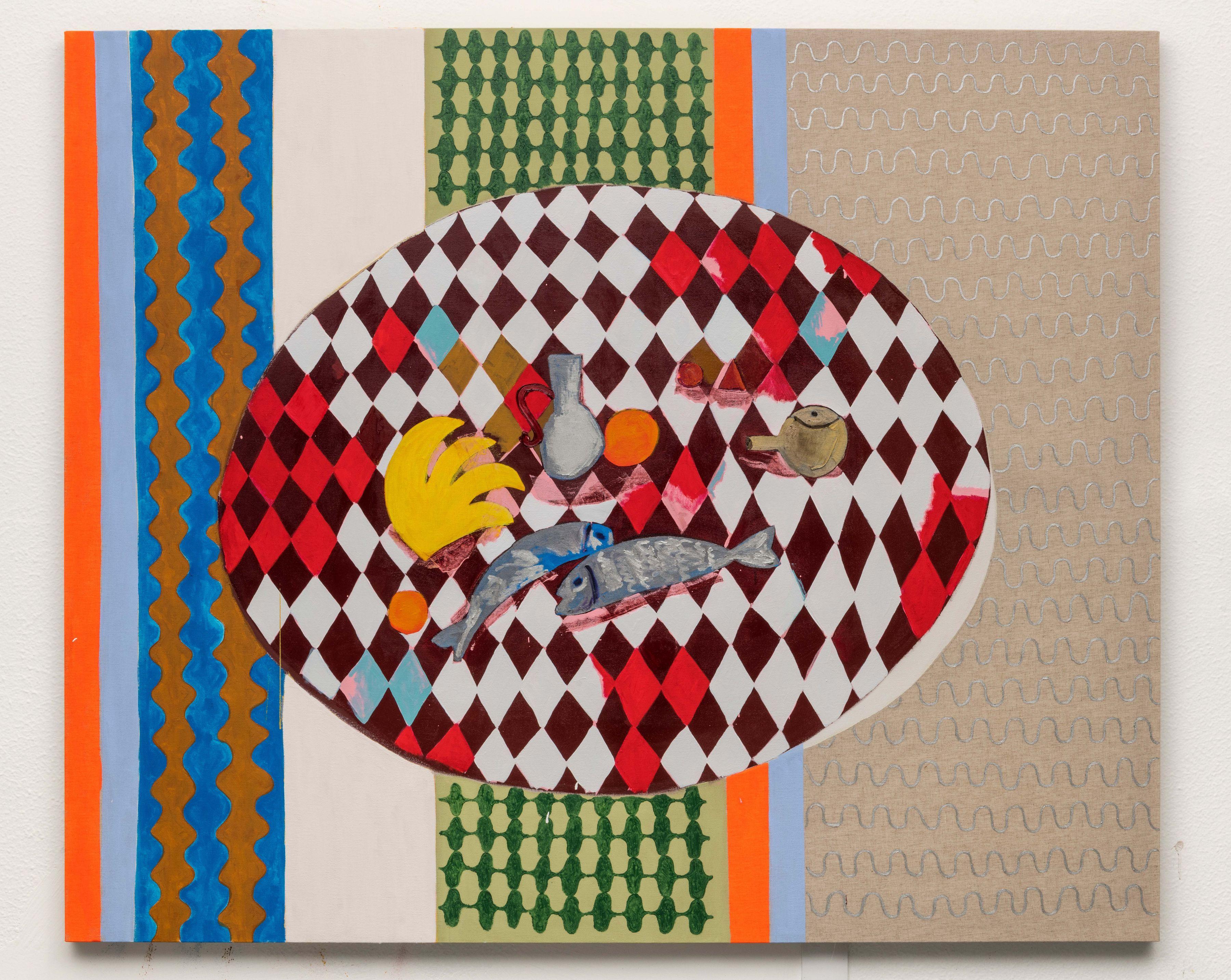