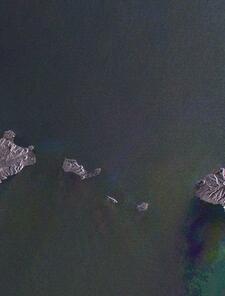 A sensitive and singular approach to sustainability issues and participatory and inclusive experiences are the essence of the work of British artist Gayle Chong Kwan (1973), on show from 22 May in her solo exhibition Waste Archipelago at Alberta Pane gallery in Venice.

New photographic, paper and installation works, created from food waste and other organic elements, weave osmotic dialogues in the exhibition space: cut-outs and fragments, peels and scraps, collages and photographs are the starting point for a refection that extends to colonial expansion, the exploitation of natural resources and ecological disasters.

The solo exhibition at the Venice gallery is closely linked to this research, which it deliberately echoes: an immersive and enveloping show in which the central concept of the archipelago aims to bring out, visually and conceptually, the interconnection between actions and ideas that humanity enacts and elaborates around waste and residue. Chong Kwan explores the central role of the body and its relationship within a natural system of correlations, and the potentials that this perspective can offer.