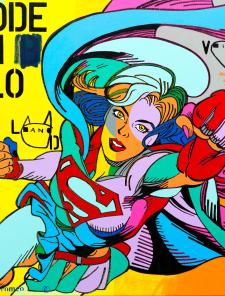 ANGRY BIRDS is a solo exhibition by Pop artist Johnny Romeo focusing on female superheroes from September 10 through October 11 with an opening reception to the public with the artist on Thursday, September 10, from 6 - 8 PM.

“While a focus on superheroes grows in Hollywood” says Jessica L. Porter, Director of Porter Contemporary and curator of ANGRY BIRDS, “we haven’t seen an increase in the diversity of those superheroes. Angry Birds puts the female superheroe into the spotlight."