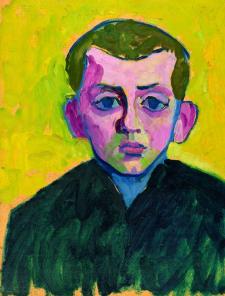 Gabriele Münter (1877 – 1962) was a central figure of German Expressionism and the artist group Der Blaue Reiter, which was founded at Münter’s house in Murnau. Her role as a dedicated proponent, mediator, and longtime companion of Wassily Kandinsky is well known and recognized. This exhibition demonstrates Gabriele Münter’s importance and independence as a painter: with more than one hundred paintings, including works from her estate that will be presented to the public for the first time, it will offer a new look at this strong artist.

Münter is one of the few women who played an early role in developing modernism. Her openness and willingness to experiment as a painter, photographer, and graphic artist will now be presented in detail for the first time.